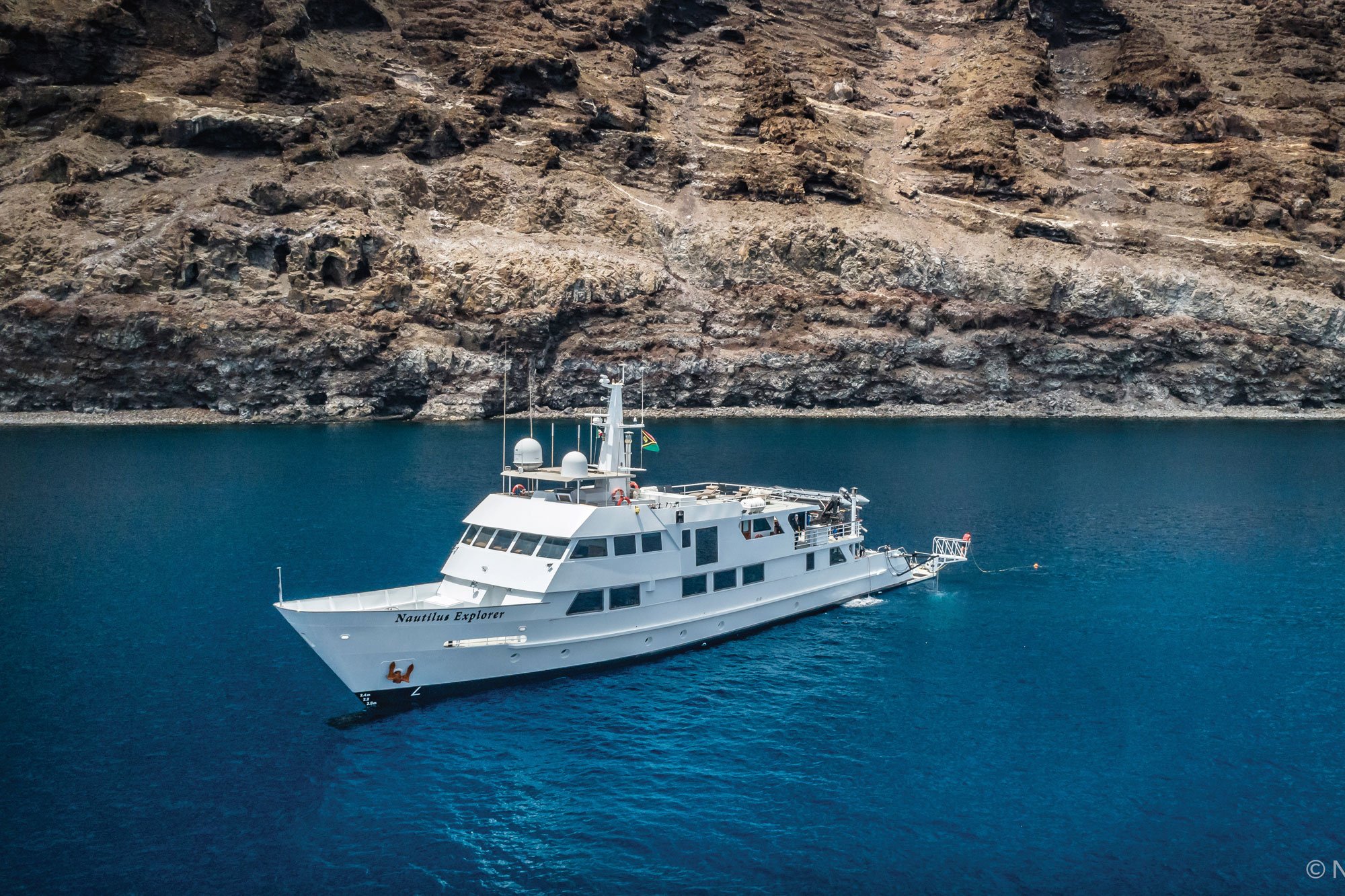 Socorro Island is a one day sail south of Cabo San Lucas, which is located at the southern end of Baja Mexico. As a lonely seamount far offshore, the island attracts a number of sociable species. Among them are large groups of giant manta rays (possibly the world's friendliest) who love to swim beside you often less than a meter away.

These gentle giants with a wingspan up to 20 feet consistently approach divers for intimate eye-to-eye encounters. If you are able to be calm and still in the water, you are almost sure to experience what we call “manta love.” While mantas are the main reason to voyage out to Socorro, there are lots of other animals to see, including schooling hammerheads and silky sharks, plus 10 other species of sharks, bottlenose dolphins that consistently hang out with divers at certain dive sites, large schools of pelagic fish, and, in season, humpback whales. This area boasted some of the best sportfishing in the world before it became a marine protected area, which means you will likely see bonitas, tuna, wahoo and even marlin at places like Roca Partida. Vast numbers of marine birds nest around the islands and giant sea turtles lay their eggs on the sandy beaches. Join a great from Flatirons Scuba on the Nautilus for this once in a lifetime experience!